This article will explore the innovative idea of Leavis, which turns out to be insignificant, inappropriate, and insufficient. It will clarify to every author that they must extract their views with complete concentration. This essay of Leavis will make you learn that your proposed idea must be acceptable to the community members who avoid biased judgment. These individuals work according to the traditional norms of society.

F.R Leavis was an influential literary critic of the twentieth century. His essay Literary Criticism and Philosophy responds to him the allegations of Rene Wellek. Leavis has made an effort in his work to differentiate theory and criticism and to introduce literary studies as a distinct subject from philosophy. However, the arguments and terms of the Leavis are questionable.

Difference between Philosophy and Literary Criticism

In his essay, Leavis differentiates criticism from theory. According to him, one is concrete, and the other is abstract. But one can find the interconnectedness of the two expressions. For him, literary studies are a distinct and non-serious subject in comparison to philosophy. According to critical assignment writers, this statement of Leavis imparts question upon his diversion towards this subject. Because his Literary Criticism and Philosophy refers to philosophy as abstract and poetry as concrete.

Trace of the presence of Theory

According to him, literature’s conception or logical reasoning threatens the thing he most values and something more extensive that nourishes the literature. This negative judgment is bound up with his constructive work of literature. One-half of the cultural heritage is made up of questioning the reason. And Leavis has also legitimately plagiarized the idea.

The intensity of Poetry

Leavis asserts that the diction of poetry doesn’t make us think or judge, it persuades us to feel or become. The poetry makes to realize the intensity and intricate experience of its vocabulary. Hence, he resists the mature ideas that one gets exposure to a literary text. It reflects his perspective of dialectic between insight and criticism. His point of view shows the influence of Eliot’s Tradition and Individual Talent.

On the other hand, the abstractness that he has found in philosophy and the concreteness that he has traced in poetry reflects the complication in his idea. Because later in the same passage, Leavis asserts that a “theoretical system” is harmful, and he is ready to welcome some organization at that exact moment.

Abstract and concrete are not opposite

Both abstract and concrete information is complementary and contrastable with each other. Abstract knowledge doesn’t exclude the presuppositions of factual information in every field. Leavis’ “theory” appears behind the word organization. Because organizations emerge in the course of the inquiry, we can trace that the term abstract refers to rigidity. Hence his paranoid picture of theory is whispered. His approach would itself emerge from his pre-suppositions. The vast subjects of Leavis for connection of morality and literature also required abstract ideas.

Absence of exploration of the meaning

The continuous valuation of Leavis manages to avoid the meaning of the words. However, literary critics always remain engaged with the meaning of the text to interpret it. Because the literary text is the object to think about, and it cannot be left abstract. Also, concreteness cannot impede philosophical interest.

It is appropriate to criticize Leavis for literature and philosophy. For him, intelligence is a unified response and feel. But it can be validated from this statement that Leavis has thought about his thesis for his term. He uses a term during his evaluation of literature and criticism.

T.S Eliot and her method

Let’s take the stance of a literary poet such as T.S Eliot. We can notice that the intelligently written works of Eliot are a product of much thinking, reading, and observation. However, if we mention their intellectual background, she was highly interested in philosophy. Hence, if readers feel about something they have read, their response will include their thoughts.

Claims of other critics

Several critics argue that the work of F.R Leavis does not require any theory. It is authentic enough to survive in the competition for innovations. But his methods oppose this idea. His terms, ideas, and use of ideas are bounded in a circle like Barthe’s Death of the Author, which also requires readers to explore to get its meaning.

Literature is a source of nourishment for the reader. It helps develop people in the intellectual, emotional, and moral aspects. The anti-theoretical approach of Leavis in Literary Criticism and Philosophy is the anti-dogmatic approach because the work of literature always imparts meaning to the observation of the reader. For this purpose, it always requires some theory and abstract idea to evaluate it into a concrete image. 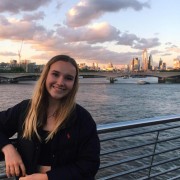 History of Muslim Patels in India

FABULOUS GIFTING IDEAS FOR YOUR DEAR ONES BIRTHDAY

Capitalist Society of West and Roland Barthes: “Death of the Author”

An Explanation of Jacques Derrida’s Structure, Sign and Play in the discourse of Human Sciences