X-ray Baggage Scanners and Detectors are an important part of any airport security around the world. Up until 1960’s, the airport security system was relatively simple as there was no involvement of any heavy-duty advance equipment.

The conventional way of security included nothing more than civilian police for providing protection against crimes such as theft, vandalism, pickpocketing, trespassing and others. But everything changed when the aviation industry was primarily targeted for political crimes.

These crimes included acts of terrorisms, for instance, bombing or mass shooting and even more serious crimes such as aircraft hijacking. The International Civil Aviation Organization realized that passengers were at major threat as they became targets of these crimes.

Therefore, the introduction of more rigorous security measures was introduced where the principal objective was to get passengers onboard without any explosives and weapons. This involved use of magnetometers and X-ray scanners and detectors for routine baggage inspection.

How did Baggage Inspections become a top priority in Aviation Security?

While the X-ray machines were introduced to airports, the instances of hijacking were rapidly replaced by sabotage actions to aircraft which were essentially carried out by secretly hiding the explosive devices in baggage that were transported to the airplane’s hold.

By the end of 1990s, the International Civil Aviation Organization issued recommendations that all hold baggage must be screened for dangerous devices and explosives. Despite of best efforts, the incidences of terrorist attacks didn’t stop and the 2001 attack further raised alarm for intensifying airport security.

While the authorities responded to these hijacks actively with increased security procedures at airports worldwide.

The level of sophistication of security equipment such as X-ray Baggage Scanners and Detectors were paid much attention. This also resulted in recommending check-in times much before the scheduled departure time as the entire screening process was thorough.

Following the 2001 attacks, checked and hand baggage became the subject for extreme scrutiny. In fact, many airports installed X-ray Inspection machines that were capable of detecting metal items in baggage or if they were hidden in clothing.

The massive electronic detection systems (EDS) present in these machines were able to identify trace molecules that were released by explosive materials. The conventional EDS equipment was heavy-duty and required several modifications for efficient installation on premises.

The latest range of these equipment were more powerful and simplified and were able to carry out baggage inspection efficiently.

The Perks of Using X-Ray Baggage Scanners in Airports

With escalating waves of crime and incidences of trafficking, smuggling of illegal substances, the baggage scanning procedures are of top priority in airports. With the installation of X-Ray baggage scanners and detectors, the airports are able to identify illegal materials in baggage.

It is one of the most reliable methods that is diligently followed in the airline industry around the world. Some of the benefits of using X-Ray Baggage Scanner in airports are –

The X-Ray machines have exceptional imaging quality that enables them to perform improved inspection. The baggage can be screened and all the harmful goods can be detected with their high performance imaging capacity.

Another great benefit that the airline industry gets from using X-Ray Baggage scanners is that they are highly flexible equipment.

X-ray baggage scanners, over the years, have gained wide usability as they offer high sensitivity to inspect and detect materials that are enclosed in concealed storage or non-transparent coverings.

X-Ray Baggage Scanners mostly have three varying lengths of conveyor belts that enable them to function even in varied environmental conditions. They are able to effectively perform detection and inspection to improve the airport security system.

The working principle of X-Ray Baggage Scanners uses a small X-Ray dose for illuminating the items for inspection.

Other Applications of X-Ray Baggage Scanners

Aside from airports, X-Ray Baggage Scanners are used for other on-site applications as well. Railways are other premises where these equipment are installed for carrying out inspection of baggage carried by the passengers.

You can also observe that shopping malls also install X-Ray Baggage Scanners to inspect the visitors that are carrying any handheld baggage. Typically, the X-Ray machines are installed in the entrance and exits of malls and railways.

However, airports have more scrutinized placement of X-Ray machines as the level of threat at such premises is high. This is why, baggage scanning X-Ray machines are always done in two levels. Firstly, the heavy baggage is scanned and deployed for airplane hold.

Secondly, the handheld baggage is also scanned when the passengers are inspected and given access to the boarding area. There are more sophisticated ranges of X-Ray Baggage Scanners and Detectors that allow intensified inspection and detection in airports. 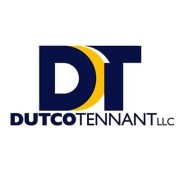 For around four decades Dutco Tennant LLC has been a leader in supplying various kinds of industrial and engineering solutions for diverse industry verticals from construction to networking to electrical and we established a good company profile. Dutco Tennant LLC supplies products to a high-status list of corporate and government projects, and has contributed to the creation of world class private and public infrastructure such as water and wastewater projects, airports, exhibition centers, shopping malls, networking infrastructure, hospitals, hotels, universities and offices around the Middle East and GCC region.

All The Basics to Know About Axial Control Valve

WHAT IS THE BASIC GOAL OF LOGISTICS MANAGEMENT?